Roxanna Hendricks
Roxanna's work is a vibrant take on nature which pulses with life and possibility.  In 2015 Roxanna had 2 solo exhibits of her work. The first, Seascapes, Landscapes and how I got back to the 6o's was in May at the Prisms Gallery in Salem, Oregon. That exhibit was followed closely by "colors made in heaven" which opened at ArtWorks (CEI) Gallery in September.

Roxanna has exhibited in many group exhibitions over the years, most have been organized by Arc's ArtFocus program. More recently Roxanna's works were included in "I AM" at The Arts Center in Corvallis a part of the arts festival inVISIBLE, and as a part of the survey/exhibit "a sun in make up is just another outer space beauty" also in Corvallis. 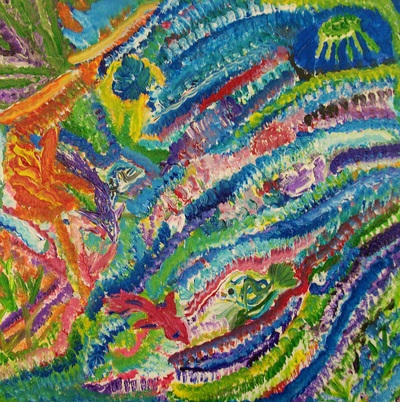 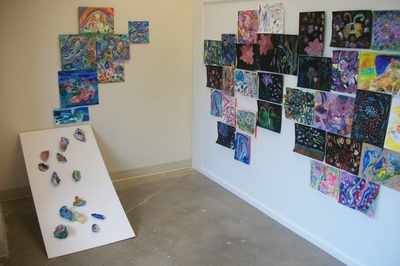 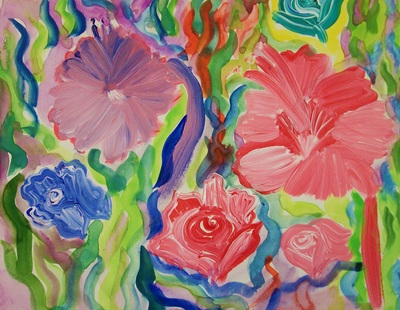 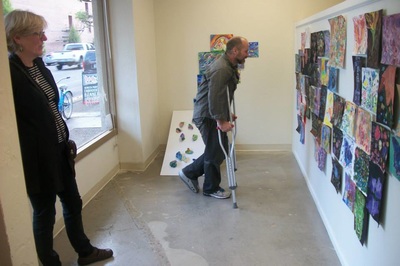 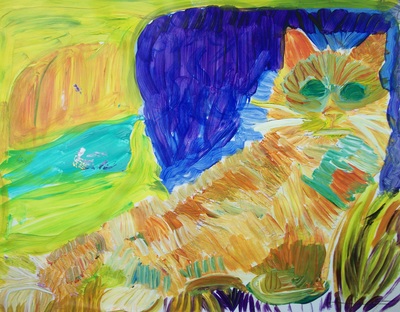 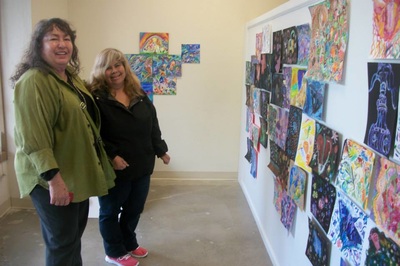 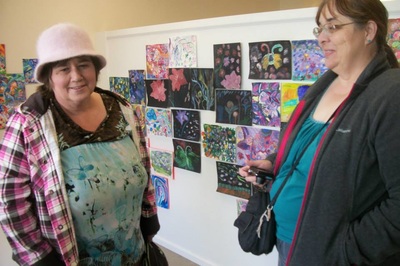 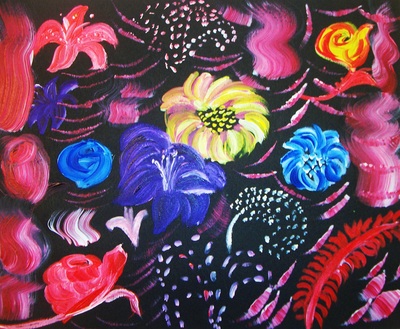 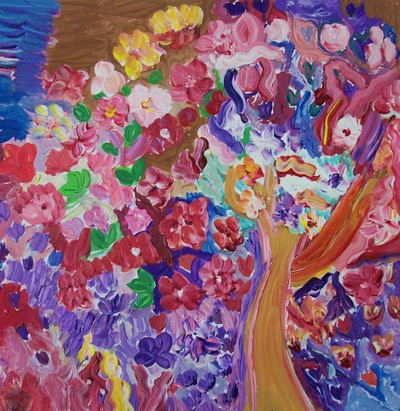 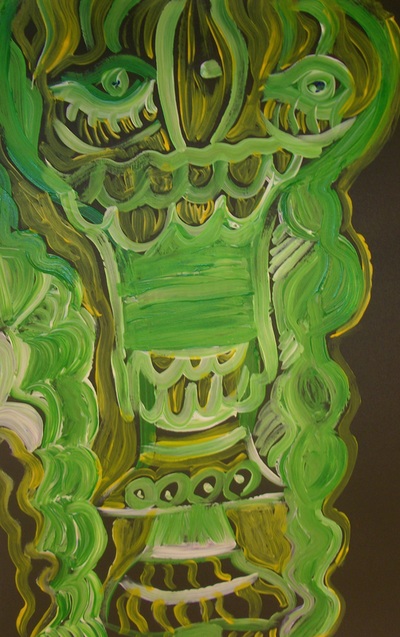 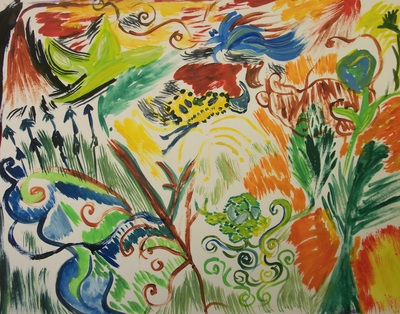 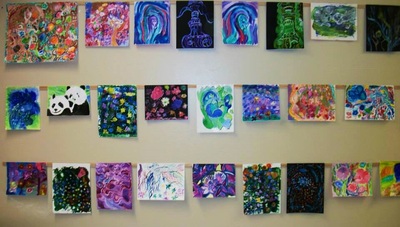 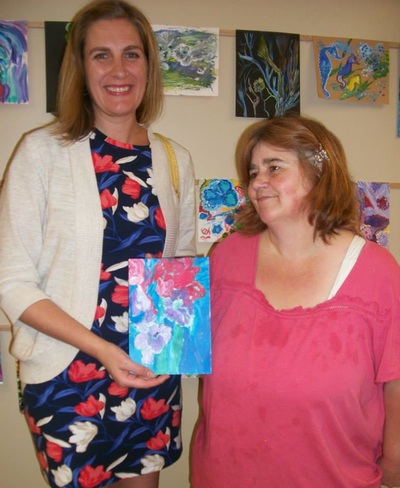 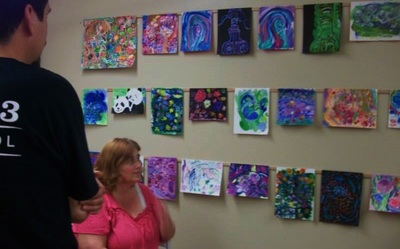 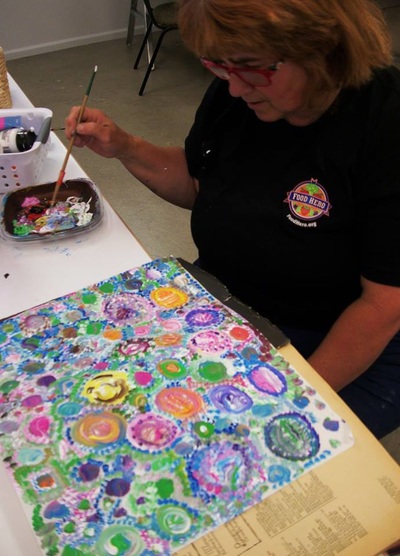 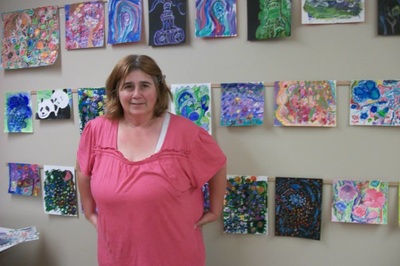 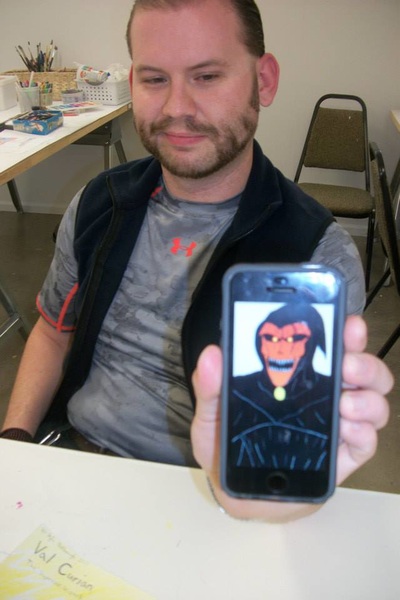 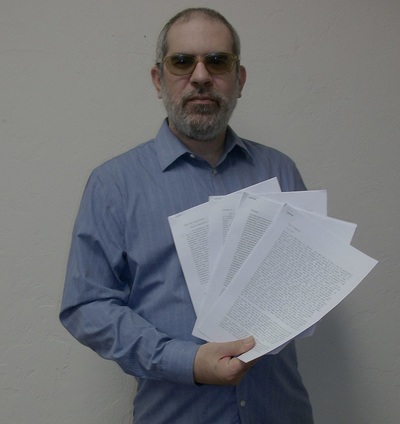 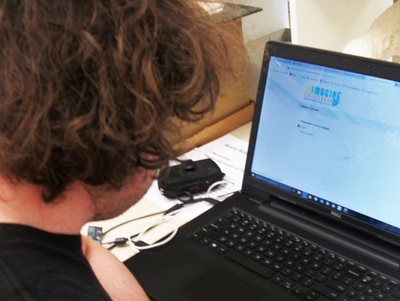 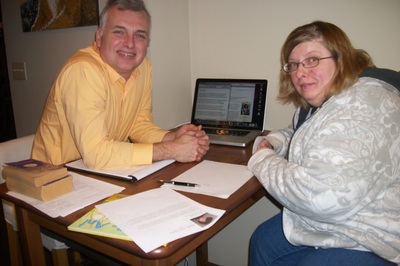 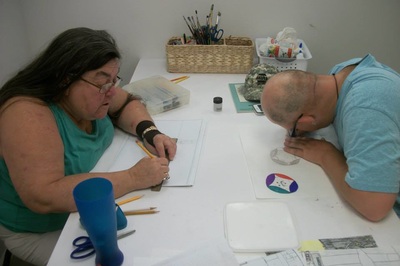 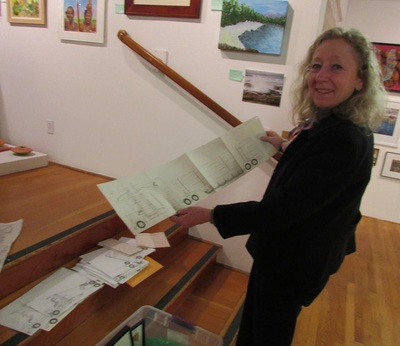 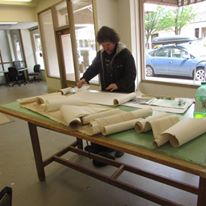 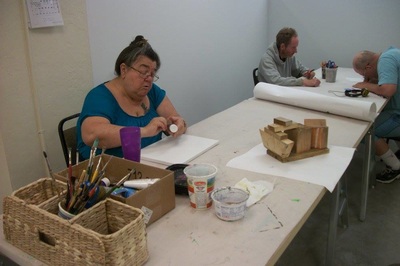 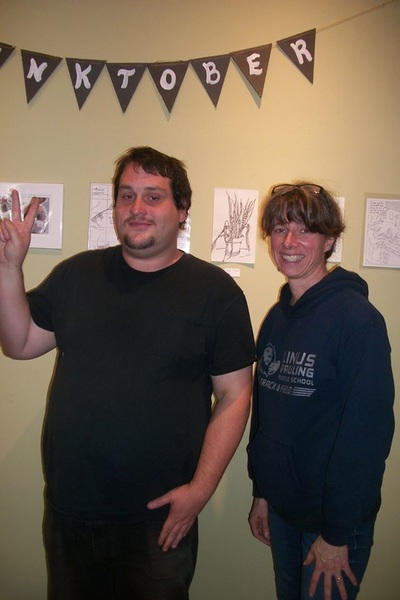 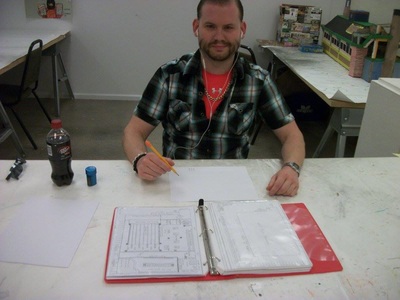 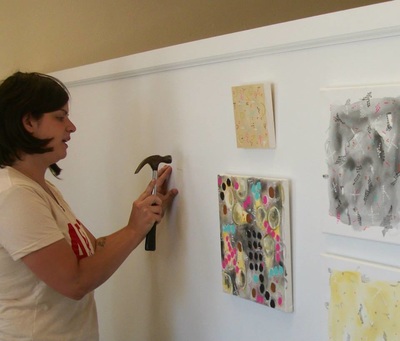 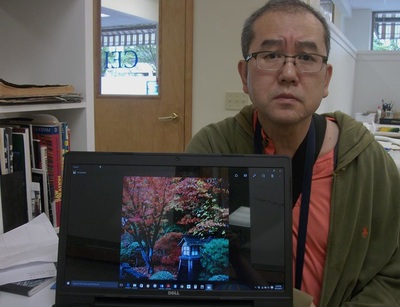 Visions of Color﻿﻿﻿
By Sarah Payne
(The E, Corvallis Gazette-Times)
The Majestic Theatre and The Arc of Benton host an exhibit of works by artists with disabilities

As Bruce Burris trial-hangs a portrait dressed in gold and red hues on the wall of The Majestic Theatre, the only things capturing attention are the texture of the paint, the wide brush strokes and the way the colors catch the light — not the fact that the artist is a person with a disability.
Burris is the curator of “a sun in make up is just another outer space beauty,” a statewide survey and exhibit of art created by those considered to have disabilities, on display beginning Saturday at The Majestic Theatre and The Arc Benton.

The artwork comes from artists involved in five different Oregon programs: Art Focus in Corvallis, The Center for the Arts in Monmouth and Salem, Project Grow in Portland, and the Arts and Culture Program and Quickest Flip in Eugene.

Burris said. “(One artist) does a lot of interesting little drawings where he inserts his friends as different mythological creatures and characters.”
One of the larger canvases that hangs in The Majestic is of an abstracted school bus, an iconic image for people with certain disabilities, Burris said.
“The school bus, for a lot of folks thought to have intellectual disabilities, is really a big deal, especially for the older ones,” Burris said. “They grew up in the ‘short bus’ era.
“People are understanding — when there’s a stigma attached to something, they know. So you often see the school bus in work.”

Burris said that the pieces in the exhibit could stand on their own in any gallery — and maybe even more so because of where the art comes from.
“To live a rich life, I think people have to be responsive to their own imaginations,” Burris said. “So that’s why I think that, maybe, folks considered to have a disability have quite an advantage sometimes, when it comes to pouring things out three-dimensionally or on canvas.”
Roxanna Hendricks is one of the artists featured in the exhibit. Hendricks is mildly intellectually disabled. Her work often boasts bright colors and scenes from nature.
“One of the most famous things that I would paint is flowers. And bushes and trees,” she said. “It’s just there. It’s something I can do, and I like to paint it,” she said. “I see those pretty flowers and it makes me want to try and get it right. Something about those flowers — they’re pretty. And that tree — something about the limbs, the way they sit. They’re just gorgeous.”

Hendricks attends The Arc of Benton County’s Art Focus program twice a week, where she paints for two hours. According to Elizabeth Black, the program’s director, Hendricks is a focused and prolific artists.

“I think one of the great things about the way that Roxanna works is she’ll take one thing that she’s interested in and then keep exploring, like with different colors and variations,” Black said. “She always comes up with something that’s really great.”
“I can do five or six pictures in a day,” Hendricks said. “It depends on how motivated I feel.”
Hendricks said she paints what interests her in the moment, and her work demonstrates a wide span of interests, from flowers and trees to puffins and sea life to the bottle from “I Dream of Genie.”
“Whatever comes to my head,” she said. “I never know what it’s going to be.
“An artist sees visions, and they just keep on going and going and going. That’s just the way I am.”
Although her paintings display the use of different techniques and methods, Hendricks said there isn’t any particular way she approaches a new painting.
“I just do it,” she said. “I see something — it’s like a photographic thing — but I do it the way I want it to look — the colorful things I see.
“I can make anything, if I get fascinated in it. There has to be a fascination, in my head or something that I see.”
Roxanna Hendricks Interview with OUTPOST1000:

H1000: Have you always seen yourself as an artist?
Yes, since I was a baby, I was in a Foster home and, I don't know, I just started doodling, trying to draw what I saw.
H1000: What are your favorite themes or influences?
Things that startle my head, I never know. I just have to be strong and concentrate. I'm a rainbow of everything, like a mood ring.
H1000: You seem have a interest in the 1960's, would you say that your work reflects that period?
Who knows, its hard to say, its all like a pinwheel but I like the clothes and the songs and color. I think that people though about everything in those times.
H1000: You've been doing a lot of Seascapes, what do you find so appealing about them?
It takes a lot of energy, it is beautiful, its what "muses" people, like the ocean, like flowers, I'm thinking of people, what they want to see and what they like. There's so too see, and its all so wonderful, artists see all the beautiful things.